Another extremely wet and windy start to the year as Brian Guilmant and myself loaded flares and lifejackets into the 009 Society Salesmobile and set forth into the waterworld that parts of had become. Our destination, Ilton, is very near the flooded Somerset Levels and at times the A303 heading west from Yeovil was a bit like a causeway across a giant lake but we navigated a dry route and got there safely, as did a good number of narrow gauge enthusiasts, ready to enjoy the 8th South West Group 009 Society Members Open Day. Once again Matt and Maria Cicquel came up from the Devon Railway Centre and provided 5 star beverages and food including some splendid hot “oggies” whilst everyone enjoyed the usual informal, relaxed and friendly gathering amidst an entertaining variety of models provided by the host group and friends. Well done to all the SWOONS team for an excellent event. 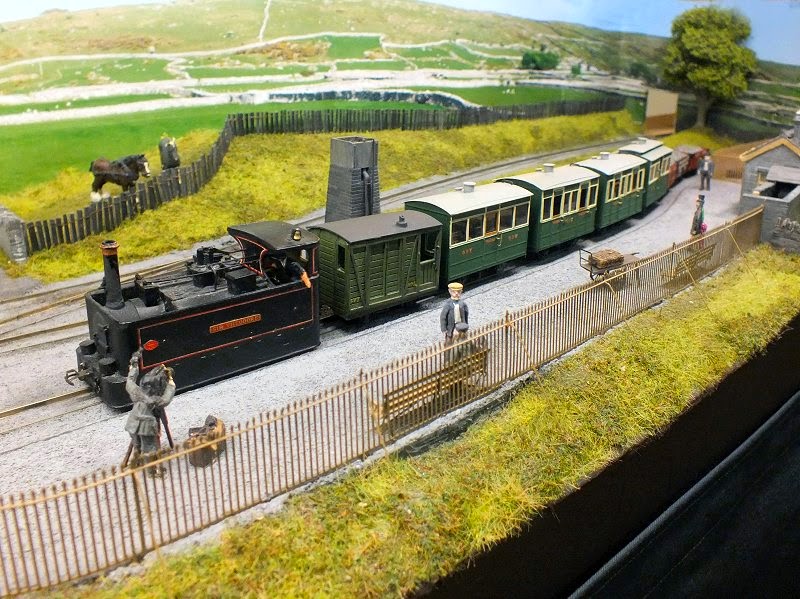 A Visit to Tim Sanderson's Elmgate and Thatcham Light Railway

A long time ago Tim Sanderson invited me to visit his home in Haywards Heath and take some photos of the Elmgate & Thatcham. Eventually the opportunity arose in September 2013 and just 2 weeks after my photo session at Brian Guilmant’s home, I found myself visiting Tim at last. I have been an admirer of Tim’s innovative and imaginative modelling since I first read about his “Jintybash” locomotives in Railway Modeller January 2000 and subsequent articles on converted TT goods vehicles and Meridian Ashover coach modifications in the July 2001 and August 2002 issues respectively.  This is a portable layout built for exhibitions and operation and is a complete contrast to Brian’s Imperial Western in the previous report. As I couldn’t publish results of my photo session at the time, I thought it appropriate to put it in here as a fitting finale to my 2013 outings with the camera. I hope you agree! 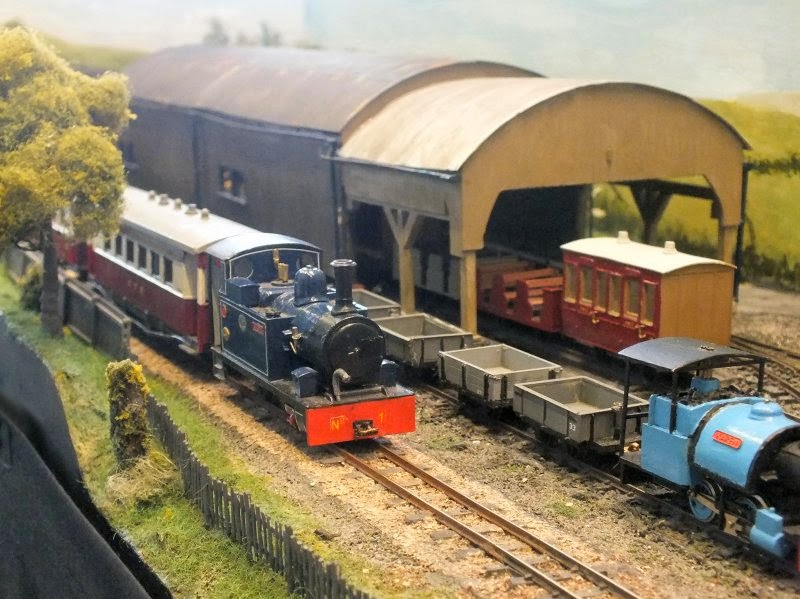 I mentioned in the report on the Member’s Morning on 14 December 2014 (the previous report in this blog) that, in addition to organising a mini-exhibition in his local community hall, Brian Guilmant had also invited visitors to see the fantastic narrow gauge empire that he has been building in his 30ft x 14ft converted attic. As can be appreciated I’m sure, taking photos of a home layout visit with a number of people present can be “challenging”, so I thought it entirely appropriate to cheat a little here and insert a record of a special invitation that I had from Brian 3 months earlier, in September, to take a set of photos of the layout which he used some of in his article that was published in 009 News issue for December 2013. Here then is my own guided tour of the world that exists in Brian’s Attic! 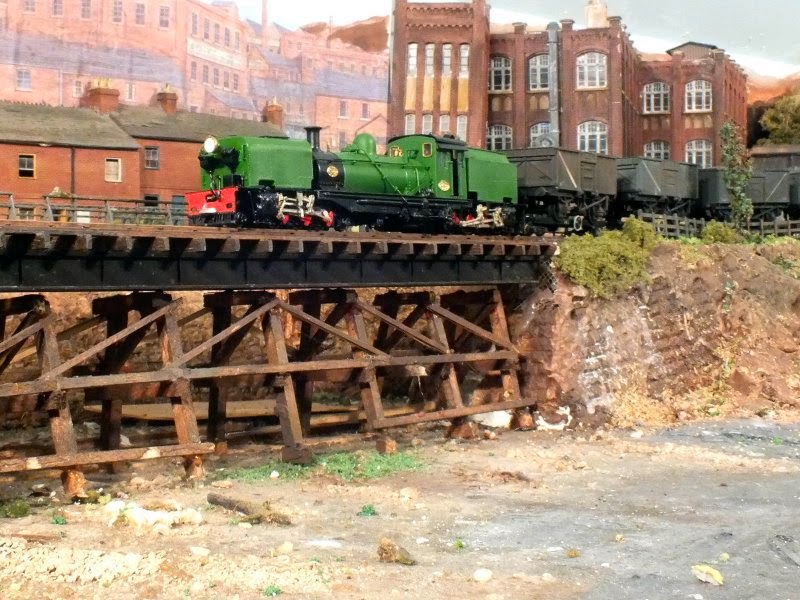 Click Here to view the Photo Album for this Report

Following the success of the Members Morning in Colehill in 2012, Brian Guilmant, hired the Colehill community hall a hundred yards from his home and organised another one for 2013, to the same recipe as the previous year: a selection of invited layouts, complete with the 009 Society sales stand, bacon rolls for breakfast and soup and rolls for lunch, a visit to Brian’s fantastic narrow gauge empire in his attic and for the Wessex NG Modellers members and invited guests, their own Group Christmas Meeting in the afternoon. Another very successful day, if exhausting for the organiser! Lots of people made the journey, some travelling considerable distances. I had to leave at lunchtime, but everyone that I spoke to during the morning told me that they thought it was a splendid little do and a very enjoyable way to spend a Saturday morning! 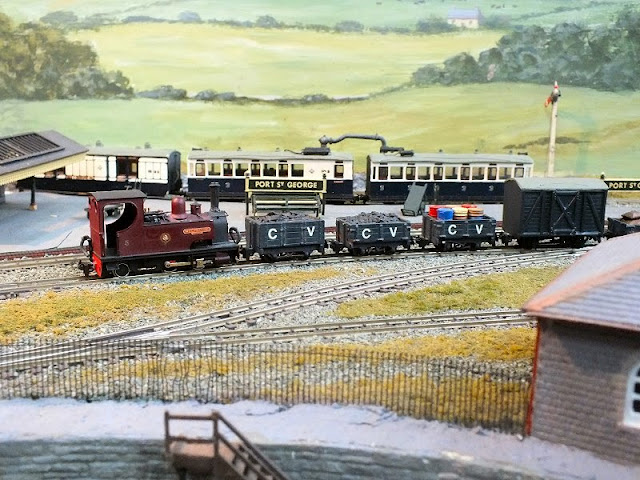 Click Here to view the Photo Album for this Report
Posted by Mick Thornton No comments: