This year was the 4th Rainford 009 Society AGM and the third in sequence biennially, so one can safely say that it has “become of age” as a fixture and each event sees new initiatives from Stan Williams and his hard working team.

Stan started publicising the event on the ngrm-online forum almost as soon as the 2016 AGM at Sparsholt in Hampshire had completed and regular, sometimes daily (!), exhortations about how the 2017 show was to be THE northern NG show continued throughout 2016 and into this year!

Did he achieve his aim? Well, the regular Parish Hall remained as the main venue, but instead of the small Guide and Scout halls across the road 200 yards away, this time they were replaced by a much larger venue in the form of the Village Hall a further 100 yards to walk, but on the same side of the road! I don’t think I’ve ever met a small village with so many halls in it before, and the village hall was a good sized venue in an impressive building that would make a very appropriate in many fairly large boroughs that I can think of!

Both of these venues were filled to capacity with 15 traders/societies counted and 20 layouts – as well as refreshments in both halls. I think that justifies that Stan’s aspirations were met don’t you?

The main challenge for me with my roving reporter hat on was trying to fit everything into a very limited time window exacerbated by the 300 yard dash through the rain between the two halls and having take a pause for over an hour for the 009 Society AGM. Therefore I felt that I had to largely omit trying to photograph the non layout aspect such as traders, societies and also didn’t manage a team photo of the important ladies refreshments service teams – although to keep those who depend on it more than even photos of the latest forthcoming 009 ready to run items, an archive record of the CAKES! Let’s get on with it then, I hope you enjoy this report of a fine day. 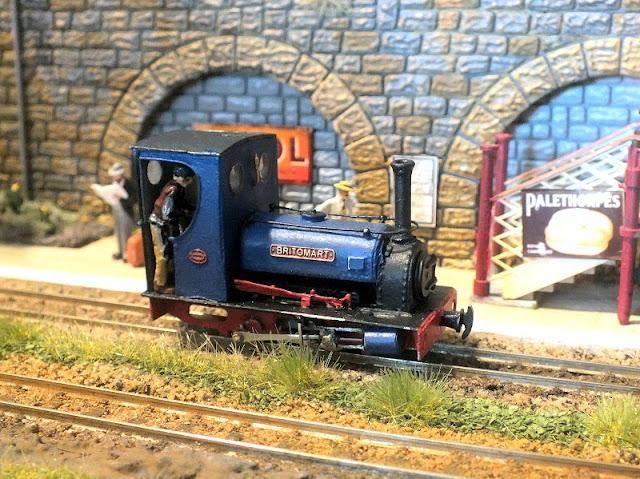