On the 4th of December a very special event took place at the Colehill Memorial Hall, near Wimborne in . Brian Guilmant, sadly passed away in July 2020 after a very long fight with cancer, in the middle of the first Covid pandemic lockdown and as a result the many people who would have wanted to pay their respects at his funeral were unable to do so.

In addition to his well known work for the 009 Society having held nearly every committee position over more than 40 consecutive years, but best known for the many years he spent as Sales Officer, growing it from a single table for Society members to buy and sell pre-loved 009 items, to the largest stock of 009 and related items gathered together that exists, with a vibrant and successful worldwide trade, Brian was also a stalwart member of the Wessex NG Modellers and had held the group Christmas gathering and quiz at his home for many years.

In 2012 he expanded this diary event to include an 009 Society “members morning” before the meet at the hall, just 100 yards from his home which was attended by many who had travelled hundreds of miles to be there. After 2 years this then evolved into a full day event and was held very successfully until 2019, just weeks before the first wave of the Covid pandemic hit the country and also Brian’s increasing illness forced him to stand down from all Society activity for the last months of his active and fulfilling life.

2020 was a virtual write-off for all of us for most of the year, so it was not possible to run a December 2020 Colehill gathering, but with restrictions beginning to be lifted it was decided by some of the Wessex NG Modellers that a 2021 event would be put on, and be held in memory of Brian, so that some of those who were unable to attend his funeral, may have an opportunity to pay their respects. That this initial idea proved to be a success is endorsed by visitors who came from as far as 220 miles away and voluntary contributions to the cancer charity that was being supported amounted to nearly £470, a fantastic and generous gesture by the 25 or so Wessex members who were either exhibiting or “doing show duties” and the 100 or so visitors who attended. Considering that “social distancing” had to be adhered to and consequently the number of layouts on show had to be restricted in order to provide space, this was a very impressive turnout for a small hall at the best of times, let alone with all the restrictions in force. Full marks to John Thorne and Iain Morrison and the organising team, the volunteer ladies who worked so hard in the kitchen all day, and the team of assistants who made this day such a success.

It was a splendid day all round, excellent refreshments, good company and the informal and friendly atmosphere throughout that Brian always tried to generate for this little event. A fitting memorial indeed and an event that I personally hope we are able to do again. 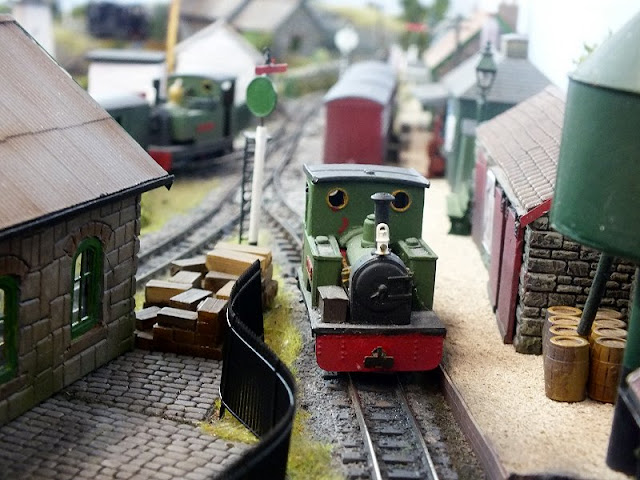 Click HERE to View the Photo Album for this Report