14 October 2018, Museum of Transport at the Christchurch MRC Exhibition, Catching Up, Late Report 5 of 15

After NG South in April, I was unable to attend any further events until later in the year when I learned that Robin Ogden would be bringing his 4mm scale of to the Christchurch MRC exhibition in , which is only about 45 minutes from where I lived. I determined that I had to do whatever it took to get to see it, which I’m pleased to report that I did manage to do so.

I have struggled to find the best way to present this report as much of this splendid layout describes itself very adequately through the images, so I decided that photo captions would be left out unless it seemed necessary to add supplementary information in some cases and that I would as far as possible restrict the words without rambling off into general comments! 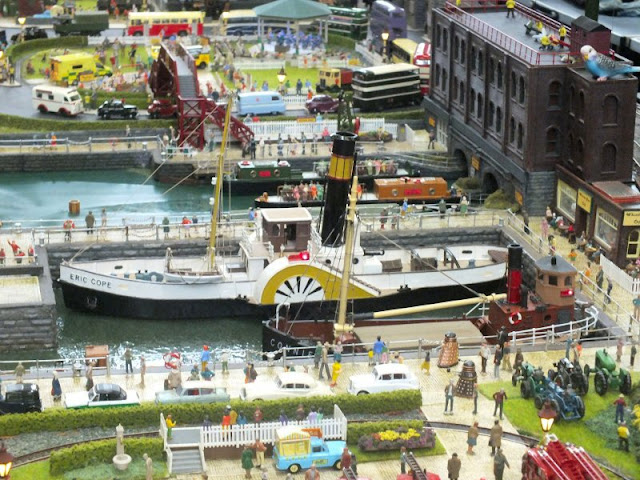 Robin made a comprehensive description of the layout in the exhibition programme and I can’t improve on that, so here is the introduction to The Museum of Transport, extracted from Robin Ogden’s own words:

Situated in a coastal town somewhere in , the former dock area is ideally placed to display the many different aspects of our transport, industrial and maritime heritage. 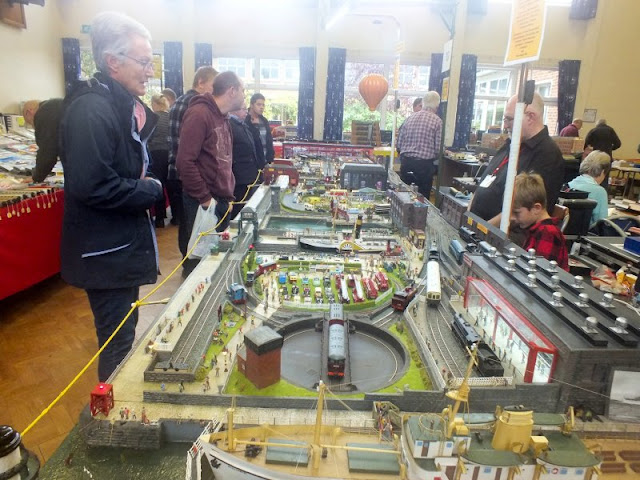 Railway exhibits are housed in a purpose-built gallery where may be found historic and unusual locomotives, carriages, signals and other artefacts associated with a century and a half of railways in the British Isles. A self-service cafeteria is open in the railway gallery. The building is glass fronted with the roof removed for maximum visibility. 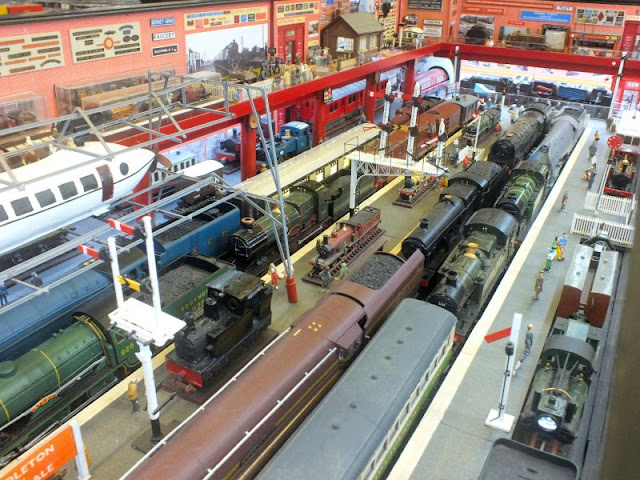 4mm electric tramcars operate on a double track around part of the layout that also includes the road gallery housing an extensive collection of classic motor vehicles and the tramway depot. A miniature railway (based on N gauge) operates around this area and beyond. A diesel railcar or a standard gauge tank locomotive & brake van operates to and from the engine sheds alongside the dockside line, crossing over the two branch docks by a working bascule bridge and a swing bridge. The line runs the entire length of the layout (approximately 20 feet). 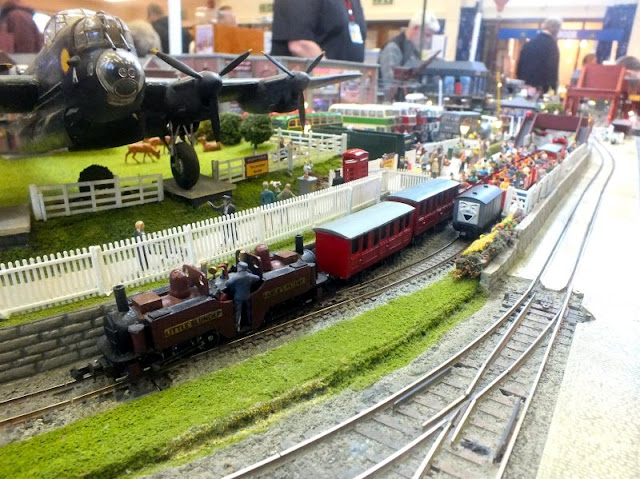 In the first dock is moored a freelance passenger steamer, St Olaf and a retired coastal lightship based on the Spurn Light. In the second dock are a steam paddle-tug, a Clyde Puffer and a smaller vessel, whilst at the other end of the layout a dry dock is home to a model of the Isles of Scilly Steamship Company’s former passenger and mail ship, RMS Scillonian. 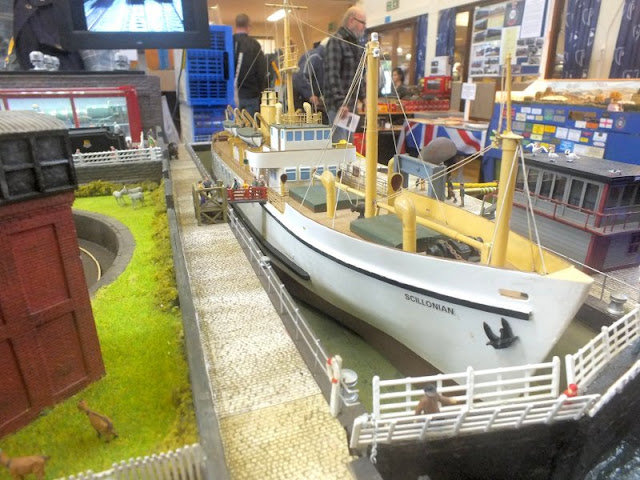 The front part of the layout offers an area available for varied displays: bus rallies, military vehicle displays, classic vehicle rallies etc as well as home to a scale model RAF Lancaster bomber. A visiting brass band plays a selection of melodies and there is a hot air balloon for visitors to be elevated to 200 (scale) feet to enjoy overall views of the museum.

Click HERE to view the Photo Album for this Report